As of right now Xbox One is the best-selling console in the U.S, and has outsold the PS4 for two months now. This is all because of the recent release of Microsofts latest console, the Xbox One S.

According to Microsoft, Xbox One is the “best-selling console in the US.”. It is currently the only console available that has built-in HD, 4K video streaming. It also has UHD 4k Blu-Ray, something the PS4 Pro particularly lacks, and HDR for videos and gaming. The next Xbox, known as project Scorpio, won’t be released until sometime in 2017 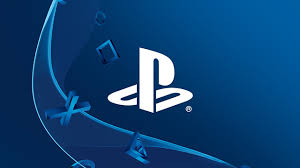 As the new Xbox released, PS4 fans eagerly waited to hear any news from Sony regarding their new consoles, the PS4 Pro and the PS4 Slim. This were announced on September 7. September could be an interesting month for Sony as they release the PS4 slim for £226 (300$) on September 15. Then in November the PS4 Pro will release for £301 (400$).

Do you guys have the new Xbox One S? If you have it tell us what you think about it. Are you excited about the upcoming release for the PS4 Slim? Let us know in the comment sections below!

My name is Leah, some of my favorite things are cats and video games.